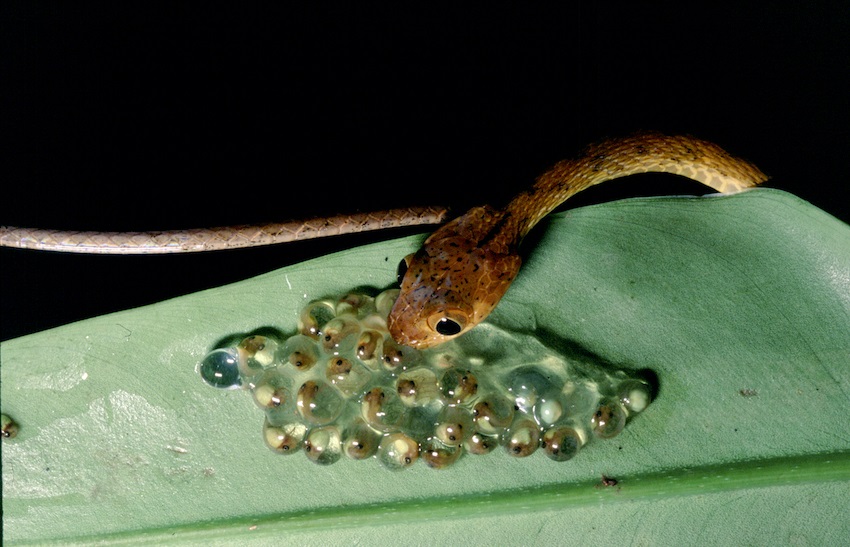 In the past two decades scientists have seen 90 amphibian species go extinct and more than 500 others be badly affected by a fungal pathogen commonly known as chytrid.

Now US researchers have begun documenting the ripple effects of these losses.

A team from the University of Maryland and Michigan State University studied seven years of data either side of a 2004 outbreak of chytrid that swept through a remote forest near El Copé, Panama, decimating frog populations, and found that the snake population was adversely affected as a consequence.

“The community became more homogeneous. The number of species declined, with many species going down in their occurrence rates, while a few species increased,” says Maryland biologist Karen Lips.

“Body condition of many snakes was also worse right after the frog decline. Many were thinner, and it looked like they were starving.”

Writing in the journal Science, the researchers say they are confident the changes are due to the loss of amphibians, not some other environmental factor.

The study area is in a national park with limited impacts from habitat loss, development, pollution or other phenomena that might affect snake populations directly.