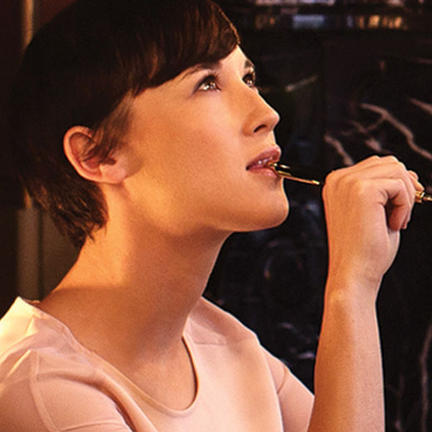 We don’t normally associate daydreaming with productivity. But by boosting your brain with an electric current, it’s possible to daydream and focus on a task at the same time, new research shows.

Moshe Bar and his team at Bar-Ilan University in Israel discovered they could use transcranial direct current stimulation (tDCS) – a weak electrical current passed through the brain – to stimulate daydreaming in humans. What’s more, they found that tDCS seemed to boost the brain capacity of the experiment’s participants, who were able to daydream with no detrimental effect while they performed a set task. The team published their results in the Proceedings of the National Academy of Sciences in February.

We spend 47% of our waking life with our minds wandering, but it’s not because our brain has nothing better to do. Although daydreaming is often derided, it has practical applications. Daydreams allow our brains to plan ahead and are an attempt to solve problems creatively.

Our daily experiences are stored away as memories which we can pull out the next time we experience the same situation. If you’ve been burned before, you don’t touch a hot stove. But in daily life we’re rarely confronted with identical situations again and again. So the brain uses mind-wandering to fill in the blanks, imagining different scenarios and the outcomes of different actions without having to experience them. “The brain is constantly simulating scenarios,” says Bar.

Considering these benefits of day dreaming, Bar’s team asked: can you stimulate the mind to wander?

Bar’s team asked 47 subjects to watch a series of numbers on a computer screen and push a button every time a number other than 3 popped up – a task requiring some attention but boring enough to allow the mind to wander. The researchers found that when they zapped the prefrontal cortex of some participants with tDCS for 20 minutes during the task, these participants reported up to 38% more mind wandering than those who weren’t zapped. No other brain region, when stimulated, produced the same effect.

But what the researchers didn’t expect was that the daydreamers would remain as focused and perform as well at the number spotting task as their non-zapped counterparts – an effect Bar describes as “remarkable”. It appears that while the brain was charged by tDCS, it became bored and had more capacity to do what brains like to do in their spare time – daydream.

The results suggest that one day tDCS could make it easier for us to pay attention while performing repetitive tasks. Airport X-ray luggage inspectors for example may be tDCS-treated before a shift to keep them effective at their job. And that’s only one of many possibilities.

Zapping the brain to stimulate neurons is not a new idea. A technique called transcranial magnetic stimulation (TMS), which uses strong focused magnetic pulses applied to the scalp to cause targeted nerves within the brain to fire, is already used clinically to treat depression. But it has downsides – it’s expensive and can produce seizures as a side effect.

Enter tDCS, a portable, cheaper and apparently safer option. Instead of a big magnetic pulse, tDCS uses two electrodes placed on the scalp to induce a weak electrical current through the brain. The current doesn’t directly cause nerves to fire, but primes them to be more likely to fire in the course of their regular activity.

Martin’s group has had promising results using tDCS to show that, like TMS, it can ease the symptoms of depression in patients who haven’t previously responded to medication. A daily 30-minute treatment was able to reduce depression within six weeks. “For depression, the techniques appear to show similar efficacy,” says Martin, and tDCS may soon overtake TMS in the clinic.

And as Bar’s latest study shows, so far we’re only scratching the surface of tDCS’s effects on the brain.

Do-it-yourself tDCS kits are already marketed to gamers to boost their brain power and performance, but Martin warns against them: “People have the option to give longer and stronger stimulation that has not been yet studied in a research setting.”  What’s more, their side effects aren’t yet known.

But Bar believes further research will show there are benefits to be reaped from boosting our capacity to daydream: “People aren’t aware of the power of mind-wandering,” he says.