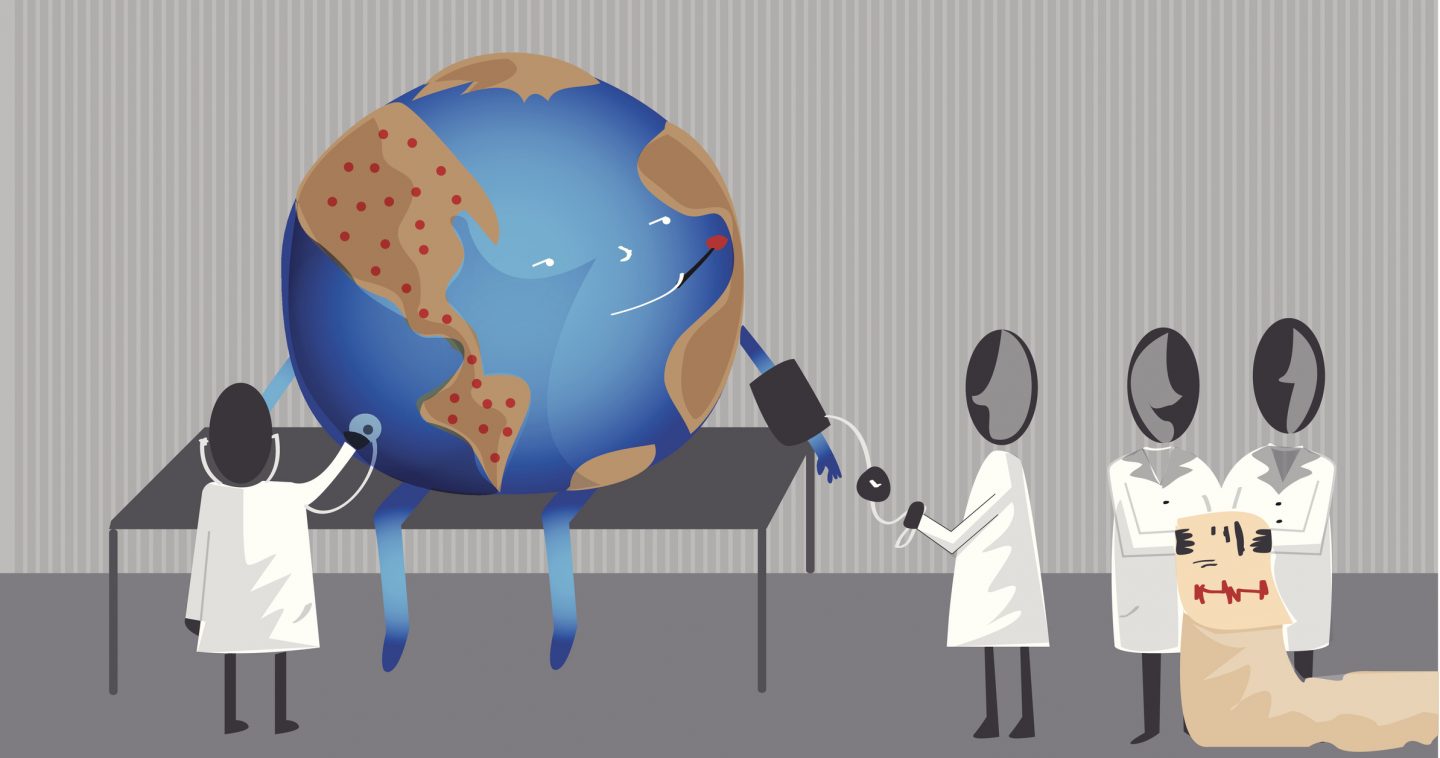 Two hundred years of industrial-scale technology have made our planet less habitable. We’ve crowded out individual species and now whole ecosystems are in peril as the climate warms.

But we live in interesting times. Technology just might come to the rescue.

Geo-engineers are busy scaling up techniques that can suck carbon dioxide out of the atmosphere. Now it is the biologists’ turn to flex their muscles and show what heavy lifting they can do with their tool kit.

One audacious goal is to speed up the evolution of species to keep pace with the changing climate. Another is to deliver greener industrial technologies to address the root cause of the problem.

Three stories in this issue of Cosmos showcase how the biological tool kit is being deployed to fix planetary problems. The tools are equal parts thrilling and controversial.

For starters, take a look at the story on coral reefs – the canaries in the planetary coal mine. The reef builders are jellyfish-like creatures called coral polyps. To survive in nutrient-poor waters, they form an intimate liaison with algae. Should the sea temperature climb a single degree above the coral’s normal maximum for more than a few weeks, that’s the end of the relationship and the death of the coral. Researchers from the Australian Institute of Marine Science have been exploring methods to speed up the coral’s evolution to adapt to warmer waters. Long considered fringe, as of January this work is being seriously considered by the Australian government and its expert institutions.

For species that don’t make it, the biologists’ tool kit is now offering Jurassic Park-style resurrections. Last December Andrew Pask at the University of Melbourne pieced together the genome of the Tasmanian tiger, or thylacine. Now he is taking the first steps to clone one, using the powerful gene editing tool known as CRISPR.  The idea is to rework the DNA of the numbat – a striped, termite-eating, squirrel-sized relative – to resemble that of the tiger.

The biologists’ tool kit may also help blunt the effects of our insatiable appetite for energy and commodities. Solar and wind power will supply ever more energy, but we will still need fuels to power the likes of aeroplanes and feed industrial processes like plastic production.

Synthetic biology, a discipline that views a living organism not as a mystery but as a machine to be re-engineered as needed, is trying to deliver more sustainable biofuels, as well as a range of commodities from perfumes to plastics.

None of these projects will be rolled out without social licence. Witness the obstacles faced by a product as benign as golden rice, a GM crop designed to fix the vitamin A deficiency that each year causes more than half a million children in developing countries to go blind.

So read up and get prepared for the coming debates. Whether or not these technologies go ahead is up to you.