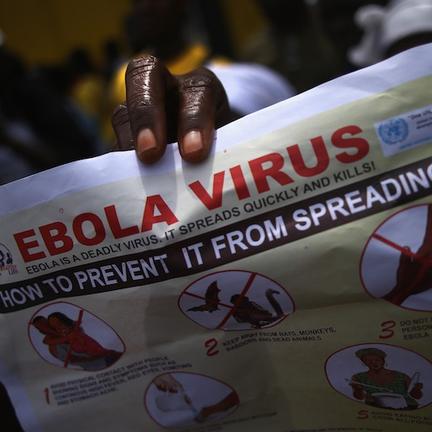 The blood of a single survivor of the 2014 Ebola outbreak in Zaire has produced more antibodies against Ebola than researchers have found in the past 20 years, claim a group of US researchers. The findings, published in Science, could lead to more efficient treatments against the virus.

The researchers extracted B cells from the donor’s blood – the immune cells which memorise pathogens. From these cells, they isolated 349 antibodies that neutralise the Ebola virus by docking to molecules called glycoproteins on the virus' surface.

The team analysed the structural details of how the antibodies dock to the glycoproteins using electron microscopes. They discovered the most effective Ebola-neutralising antibodies targeted a particular section of the glycoprotein – the stalk, located close to the surface of the virus.

“Several of the antibodies … display the most potent neutralisation and protection we have ever seen,” said study author Pamela Glass from the US Army Medical Research Institute of Infectious Diseases.

The researchers tested individual antibodies in mice which had been infected with Ebola two days before. They found the antibodies that targeted the glycoprotein stalk had the best post-exposure protection against the virus, with survival rates ranging from 60% to 100%.

The authors attribute finding so many neutralising Ebola antibodies – more than the entire Ebola field has reported in the past two decades, the authors claim – to a new B cell isolation platform developed by US-based company Adimab. This platform may in future be used to investigate B cells responding to the Zika virus, the authors add.

Where these Ebola antibodies, if produced at large scale, could lead to an effective treatment for the pathogen, the antibodies have also uncovered a better target for Ebola vaccines. Priming the immune system against the stalk of the glycoprotein could lead to better protection against the virus than current vaccine candidates.

The DNA sequences of all antibodies discovered in this study, the authors state, will be freely available via a database to other researchers for future studies.