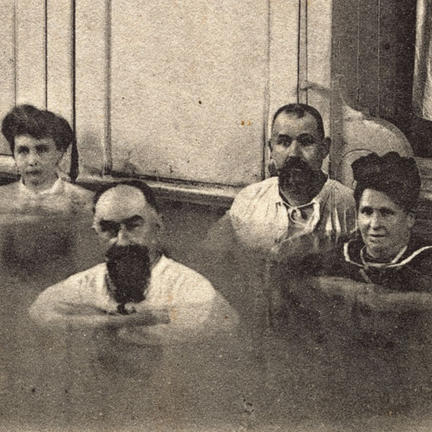 Calorie-restricted diets have longbeen known to extend lifespan and delay the diseases of ageing, but nobody has known why. Could the link be found in the gas hydrogen sulfide – the many health benefits of which medical researchers are now discovering?

A report by a team of scientists led by James Mitchell at the Harvard School of Public Health published in Cell this month suggests it might be. Perhaps those Romans, with their penchant for sulfur baths, were on to something.

While the research is in its early days, Michael Fossel at Grand Valley State University, Michigan, an expert in anti-ageing medicine, welcomes the findings: “This work has taken us through one more door in the maze.”

In recent years hydrogen sulfide – better known as rotten egg gas – has become a hot research topic. In 1996 scientists were surprised to find the gas naturally present in various body tissues. Although it was considered an environmental toxin, the tiny levels produced in the body were generally doing good things.

In the brain it played a role in learning and memory. It also relaxed blood vessels to lower blood pressure and improve sexual performance (it’s been touted as the new Viagra) and protected organs from damage – particularly the kind that follows a stroke or heart attack.

In 2006 researchers showed that when rats experiencing a heart attack received an injection of hydrogen sulfide their hearts suffered less scarring and inflammation. Human hearts also seem to benefit from the gas. The long recognised beneficial effects of garlic on heart health are now thought to be due to the release of hydrogen sulfide. Heart failure patients also have lower levels of the gas dissolved in their blood.

That research is already leading to potential treatments. The company Sulfagenix Australia is conducting a clinical trial to see whether a drug that raises levels of the gas can help reduce heart disease.

How hydrogen sulfide triggers all these beneficial effects is still being unravelled. On the one hand it acts like a sponge, soaking up free radicals. These are damaging molecules produced during metabolism, inflammation and trauma and are believed to be responsible for ageing and its associated diseases. But hydrogen sulfide also seems to play an intelligent role in the body, transmitting messages that alter what cells do. That role qualifies it as a “gasotransmitter”, one of an exclusive group of biologically active gases that includes nitric oxide and carbon monoxide.

But how does all this relate to restricted diets?

The benefits of eating drastically reduced quantities of food have been known for decades. The rule of thumb for yeast, worms and mice is that if they eat 30% fewer calories they will see an increase in lifespan of around 30%. But how semi-starvation elicits these benefits has been harder to nail and is the prime focus of James Mitchell’s lab.

Dietary restriction doesn’t only slow ageing and ageing-related diseases. It also increases the body’s resistance to stress, such as the sort induced by a stroke. In order to discover how dietary restriction works its magic, Mitchell’s team experimented on mice, blocking a blood vessel to their liver and then reopening it.

As blood flows back in to the oxygen-starved liver, it triggers the production of free radicals. The researchers found that if the mice were fed half the regular number of calories a week before the procedure, their livers suffered less damage. Were anti-oxidants, which offer protection against free radicals, responsible?

To find out, the researchers repeated the experiment using mice that could not produce anti-oxidants because they lacked a necessary gene (NRF2) that marshals the body’s anti-oxidant-response. Yet the livers of these mice continued to be well protected. “We were so surprised we didn’t believe it,” says Mitchell.

Apparently anti-oxidants were not the key to how calorie restriction protected the liver. So the researchers started looking elsewhere.

When the researchers added amino acids containing sulfur to the calorie-restricted diet, they found all the benefits were lost! These amino acids, methionine and cysteine, are known to block the production of hydrogen sulfide via the “trans-sulfuration pathway”.

To check the importance of the pathway, they blocked it another way – by knocking out one of its key genes, cystathionine γ-lyase (CGL). Bingo. Again these mice reaped no benefit from their diet. On the other hand, when the researchers ramped up the hydrogen sulfide-producing pathway, the mice received even greater benefits. Even mice that had not dieted were protected against the stroke damage. When it came to the protective effects  of calorie restriction against stroke, hydrogen sulfide appeared to be the agent working behind the scenes.

The potential benefits are many. Patients can experience episodes of low blood flow or inadvertent mini strokes during surgery, so “this research may give us a useful tool for strengthening the body’s resilience against the stress of surgery,” says Ross Grant, who researches oxidative stress at the University of Sydney medical school.

But could hydrogen sulfide also be the reason lifespans extend when calories are restricted?

The Harvard researchers found evidence that hydrogen sufide levels rose in calorie-restricted mice, flies and worms. But that was circumstantial evidence. Could the gas alone extend lifespan?

Rather than waiting three years or more to find out if mice live longer when exposed to higher levels of the gas, the researchers turned to yeast. Live yeast has a lifespan of a week.

Sure enough, when the researchers added hydrogen sulfide to the culture media, the yeast’s lifespan was extended by about 30%. Other research from Mark Roth at Fred Hutchinson Cancer Research Centre in Seattle, Washington, has also shown that slightly elevated levels of hydrogen sulfide in the air can increase the lifespans of roundworms by 70% and can even put mice into a state of suspended animation (which at a stretch could be viewed as a form of lifespan extension).

So could rotten egg gas be our ticket to the fountain of youth? It probably won’t be that simple, says Fossel. And flushing the body with hydrogen sulfide might interfere with other mechanisms: “If a violin is out of tune, increasing the volume of the entire orchestra to drown it out might just make it harder to listen to the piano.”

But for now, maybe the take-home message is to think twice about protein-rich diets. They may help you lose weight but they have also been linked to cardiovascular, kidney and liver disease. Perhaps this is because they lower hydrogen sulfide levels, something Mitchell’s group will be investigating next.

For Christopher Hine, the first author on the paper, the findings suggest the ideal diet might be one that is low in sulfur amino acids to boost the production of hydrogen sufide: “In future you could eat as much as you want and still get the benefits of a full-blown diet.”

Related story
Could we live longer by eating less?