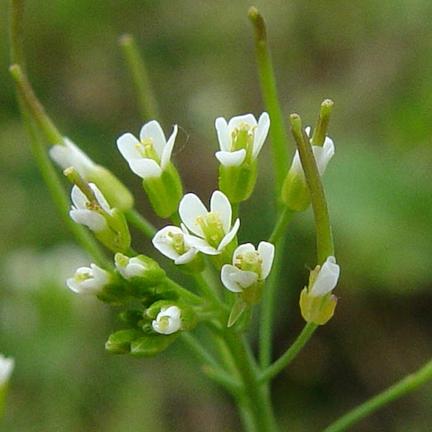 Animals aren’t the only organisms to form memories – plants also record experiences of disease, drought and weather conditions. But exactly how they do this remains a mystery.

A  by researchers in the US suggests that prions – the bizarre proteins behind mad cow disease, fatal familial insomnia, and other degenerative brain diseases – could play a part.

Prions are proteins with the ability to fold into multiple different structures. At least one of these structural forms can self-propagate, acting as a template that influences the folding of neighbouring proteins. This self-propagating form is called the protein’s prion state.

In mad cow disease, for instance, the prion responsible causes healthy versions of the protein to adopt a diseased conformation, resulting in brain damage and neurodegeneration.

Prions have been found in everything from ferrets and sea slugs, to fungi and fruit flies. They don’t all cause disease – some prions are thought to help our own neurons encode long-term memories.

Now, plants can be added to that list, according to Susan Lindquist from the Whitehead Institute for Biomedical Research and colleagues.

The researchers used a computational algorithm to sift through the entire protein catalogue of the small flowering plant Arabidopsis thaliana – the workhorse of plant genetics – looking for proteins with prion domains.

The program netted nearly 500 candidate proteins, many of which have roles in important developmental processes.

The team homed in on four proteins involved in flowering. In winter-annual varieties of Arabidopsis, flowering only occurs after the plant has experienced a period of winter. But plants need to know the difference between a cold snap and the prolonged cold of winter so that they don’t bloom too early. This requires a molecular memory – something a prion could provide.

“We usually think of memory as being cognitive,” says Lindquist, “but this is a biological memory.”

To test whether the candidate proteins shape-shift to prion states, the team turned to yeast. Under certain conditions, the yeast protein Sup35 morphs into a prion state.

Lindquist and colleagues created chimeric proteins, splicing in the prion-like parts of the plant proteins to replace the Sup35 prion region.

Whether luminidependens protein does, in fact, help form molecular memories in plants needs to be tested. But Lindquist, for one, is convinced that there are many more prions waiting to be discovered in plants and elsewhere.

“We are just beginning to uncover the tip of the iceberg,” she says.