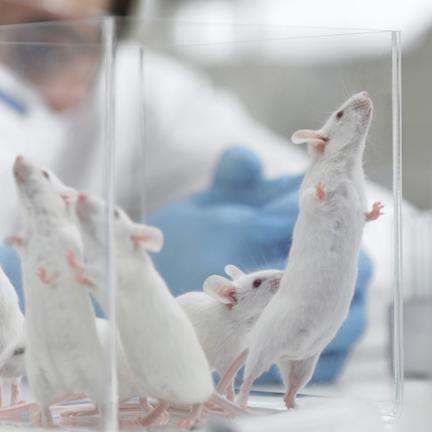 Living with a dirty cousin may make the sheltered lab mouse a better model for studying humans.

That’s according to a team of US scientists, which found laboratory mice shacked up with mice from pet stores develop an immune system that more closely mimics that of adult humans. These mice, they say, could significantly improve the way human therapeutics are tested.

Lab mice are a gold standard for studying human disease and testing therapeutics. They’re cheap, easy to handle and while they’re genetically similar to humans – most human genes coding for proteins have an equivalent in mice – their genes can be modified to study disease.

But the model isn’t perfect. Most drugs that show promise in mice fail when trialled in humans. One reason, the authors of the study say, is the conditions in which the lab mouse lives. The pathogen-free lab environments necessary to make sure scientists run different experiments on the same type of mouse leave their immune system weak.

When the team compared cervical tissues from lab mice and humans, for instance, they found that lab mice had few and sparse immune cells called memory T cells. These cells more closely resembled a human newborn than an adult.

On the other hand, feral mice the scientists caught in rural horse barns or mice they purchased from pet stores – having been exposed to natural microbes their entire life – were a closer immune system match to adult humans.

In an effort to “dirty up” their lab mice, the scientists gave them pet store mice to mingle with.

The dirt and pathogens these mice introduced made many lab mice sick and 22% of them died. But for those that survived, the exposure made them stronger. After eight weeks in the new living arrangement, the lab mice’s immune cells more closely resembled the immune system of humans.

And when the researchers infected these “dirty mice” with bacteria, the mice mounted a much better immune response – more than 10,000 times better – than the average, clean lab mouse.

This “dirty mouse model” could be a better tool for studying the immune system and related diseases, said study author David Masopust. And “utilising this model to test vaccinations and therapeutics for cancer or transplantation may better predict how these will perform in humans,” he added.

“I think we’ll see this used selectively in certain areas,” University of Pennsylvania immunologist John Wherry, who wasn’t involved in the study, told Science. “It would be very difficult to do it systematically and apply it across the board.”

But, he added, “I think these are very, very important studies. They have a lot of implications for how we think about chronic infection and global health.”