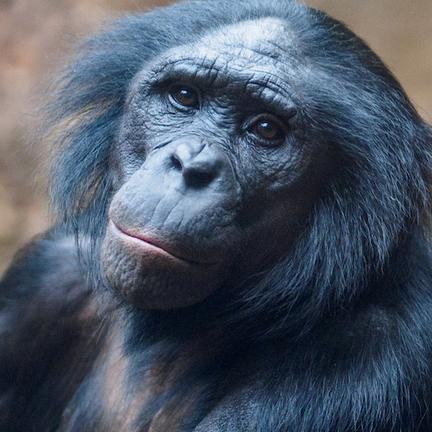 Humans aren’t just more intelligent than our great ape relatives. We are also fatter and our big brains could be to blame, according to a new study in Nature.

The study is the first to uncover evidence that humans have evolved a bigger energy budget and faster metabolism than our closest cousins – along with the fat stores to pay for it.

Humans are anomalies when it comes to energy expenditure. Whereas other species must scrimp on one aspect of their biology in order to splurge in another, humans seem to have it all. We reproduce frequently, have large energy-sucking brains and manage to live to a ripe old age. How we pay for all of these energetically expensive traits has been a mystery.

Previous studies have tried to explain the paradox by suggesting that our smaller gut and more efficient mode of walking could help balance the energy budget. Our immune system could also be paying a price for our larger brains.

But the numbers still don’t add up, according to anthropologist Herman Pontzer from Hunter College in New York, who led the new study.

Instead of looking for trade-offs, Pontzer and colleagues looked at the underlying energy budget. They used a technique called the doubly labelled water method to accurately track the total energy expenditure of 140 urbanite humans over a week. They did the same in similarly active zoo and sanctuary populations of chimpanzees, bonobos, gorillas and orangutans.

“Pound for pound, we’re burning more calories than any of the other apes,” Pontzer says.

The higher energy spend isn’t due to differences in physical activity, according to Pontzer. A higher basal metabolic rate – a measure of the energy it takes just to keep our bodies functioning at rest – is the main driver.

The downside to a higher energy demand is a greater risk of starvation. One way of mitigating that risk, the study found, is to increase fat stores.

Humans had average body fat percentages of more than 40% for women and more than 20% for men.

Chimpanzees – the leanest of the apes – had less than 10% body fat, a level “which in a human would be considered unhealthy”, says Pontzer.

On a positive note, further investigations into how chimps keep their fat stores so much leaner than ours could uncover new targets for therapies to deal with obesity.