Home ■ Core Sciences ■ Biology ■ Can you inherit a weight problem? 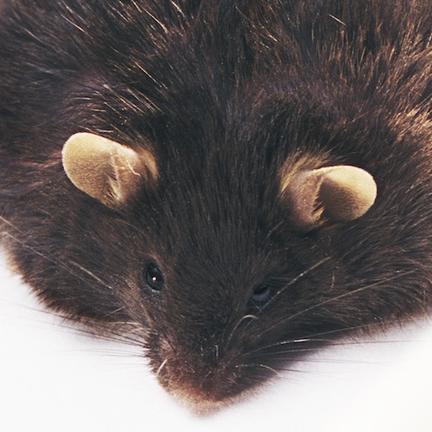 Stay away from fast food if you’re planning on having kids. A parent’s bad diet impacts their offspring’s health – even before sperm and egg ever meet. That’s according to a team of German scientists who discovered mouse embryos from obese parents, fertilised in a petri dish and grown in healthy mice are more likely to suffer from obesity later in life.

Studies in both humans and animals have shown obese parents are more likely to raise obese children. One reason, scientists believe, is that the effects of a bad diet is passed down through the parents’ “epigenetics”, chemical modifications to a sperm or egg’s DNA which change how genes are read.

But when these modifications occur during in an embryo’s development has been hard to pinpoint. The mother’s diet during pregnancy or breastfeeding, the parent’s microbiome passed to the child at birth – even the molecules in the father’s seminal fluid – have all been flagged as culprits.

In this study, scientists from the German Research Center for Environmental Health in Munich removed these environmental variables using in vitro fertilisation (IVF).

The team fed genetically identical mice either a high-fat, low-fat or normal diet for six weeks. As expected, the mice that gorged on high-fat chow became obese and glucose intolerant, a symptom of type 2 diabetes.

The team then combined the sperm and eggs of different groups and implanted the budding embryos in healthy surrogate mice. These offspring, as adults, were then all fed a high-fat diet.

The team found mice with two obese parents packed on significantly more weight and were less glucose tolerant than any other group. In contrast, mice with two lean parents put on the least weight.

“This study proves for the first time that an acquired metabolic disorder can be passed on epigenetically to the offspring via oocytes and sperm,” study author Johannes Beckers explained.

The study has been met with some criticism. University of Zurich neuroepigeneticist Isabelle Mansuy told Nature she finds the difference between how much sperm and eggs contribute to the offspring’s metabolism troubling. She point out the hormones used to treat the females during the IVF procedure, for instance, could themselves have an impact on how the eggs develop.

There are also still many unanswered questions. For one, the study didn’t address how offspring of obese parents react to a normal diet. It’s also not yet clear what type of modification promotes obesity.

But “this kind of epigenetic inheritance of a metabolic disorder due to an unhealthy diet could be another major cause for the dramatic global increase in the prevalence of diabetes since the 1960s,” author Martin Hrabě de Angelis said.

Understanding what these changes are, the authors say, may lead to a new way to intervene with the development of obesity or diabetes.

The study was published in Nature Genetics.