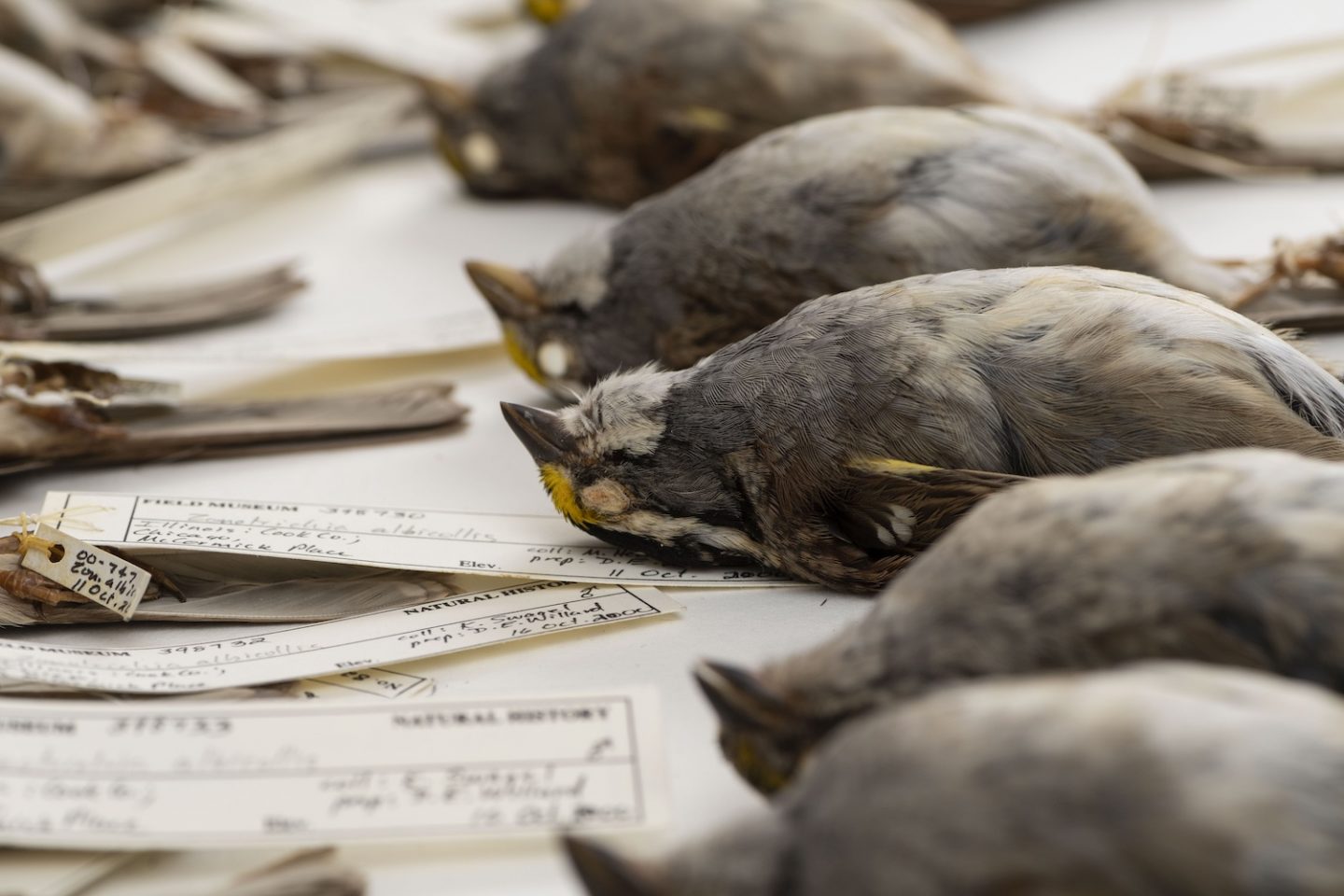 Dead and gone: white-throated sparrows collected from the base of large buildings. Credit: Roger Hart/ University of Michigan Photography

Flying and talking at the same time has been revealed as an exceptionally dangerous combination, at least for nocturnal songbirds.

These white-throated sparrows (Zonotrichia albicollis) are but a few of a vast morgue of birds that died by colliding with very large buildings. They were analysed by researchers from the University of Michigan in the US.

The scientists, led by evolutionary biologist Benjamin Winger, were trying to ascertain the factors that contributed to birds meeting their deaths by smacking mid-flight into skyscrapers.

The research took in 70,000 collision-caused deaths in the cities of Chicago and Cleveland. Winger and colleagues suggest bird species that produce faint chirps, known as “flight calls”, are especially liable to whack into buildings.