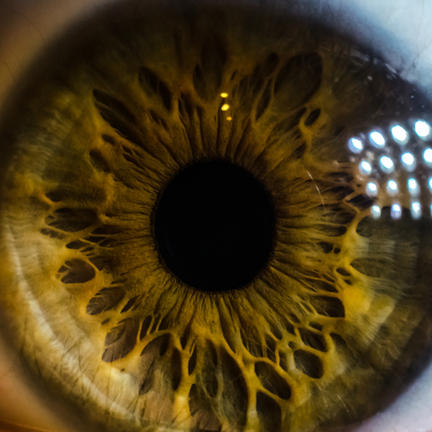 Next month, surgeons in Texas hope to restore sightto a blind patient using a neuroscience technique called “optogenetics” for the first time in humans.

The patients in the trial suffer from a degenerative disease called retinitis pigmentosa, which destroys the light-sensitive cells in the eye.

The treatment involves injecting the centre of the eye with virus particles loaded with snippets of DNA, originally isolated from photosynthetic algae and and then genetically tweaked.

The DNA codes for a light-sensitive protein called channelrhodopsin, which the algae use to sense sunlight. But when inserted in nerve cells of animals, researchers discovered 10 years ago, channelrhodopsin prompts the nerves to fire at command – when exposed to blue light.

In this trial, the researchers are targeting the DNA-shuttling virus at a layer of nerve cells in the retina called ganglions, to convert them into light sensors that relay a visual signals to the brain.

The treatment could generate at least 100,000 light-sensing cells in a single retina, scientists say.

It is not known precisely what “vision” the treatment will produce in humans, but previous experiments have shown blind mice who received the therapy moved their head to follow an image.

As the channelrhodopsin protein is only responsive to blue light, the scientists believe patients won’t see much more than blurry black-and-white. That may be enough to “see tables and chairs” or read large letters, according to Sean Ainsworth, CEO of Michigan-nased start-up RetroSense Therapeutics, which is sponsoring the trial.

Eyes are the perfect candidate for optogenetics – after all, channelrhodopsin requires light to get nerves firing and the retina gets plenty of it. Less obviously, another easy target for the treatment is the penis (see Blue light to replace a little blue pill?).

Neuroscientists welcome the trial, which they say paves the way to eventually use optogenetics to treat Parkinson’s or severe mental illness, by using optical fibres to send light signals to nerves in the brain, a system being developed by California-based Circuit Therapeutics.

“This is going to be a gold mine of information about doing optogenetics studies in humans,” Baltimore-based neuroscientist Antonello Bonci told MIT Technology Review.