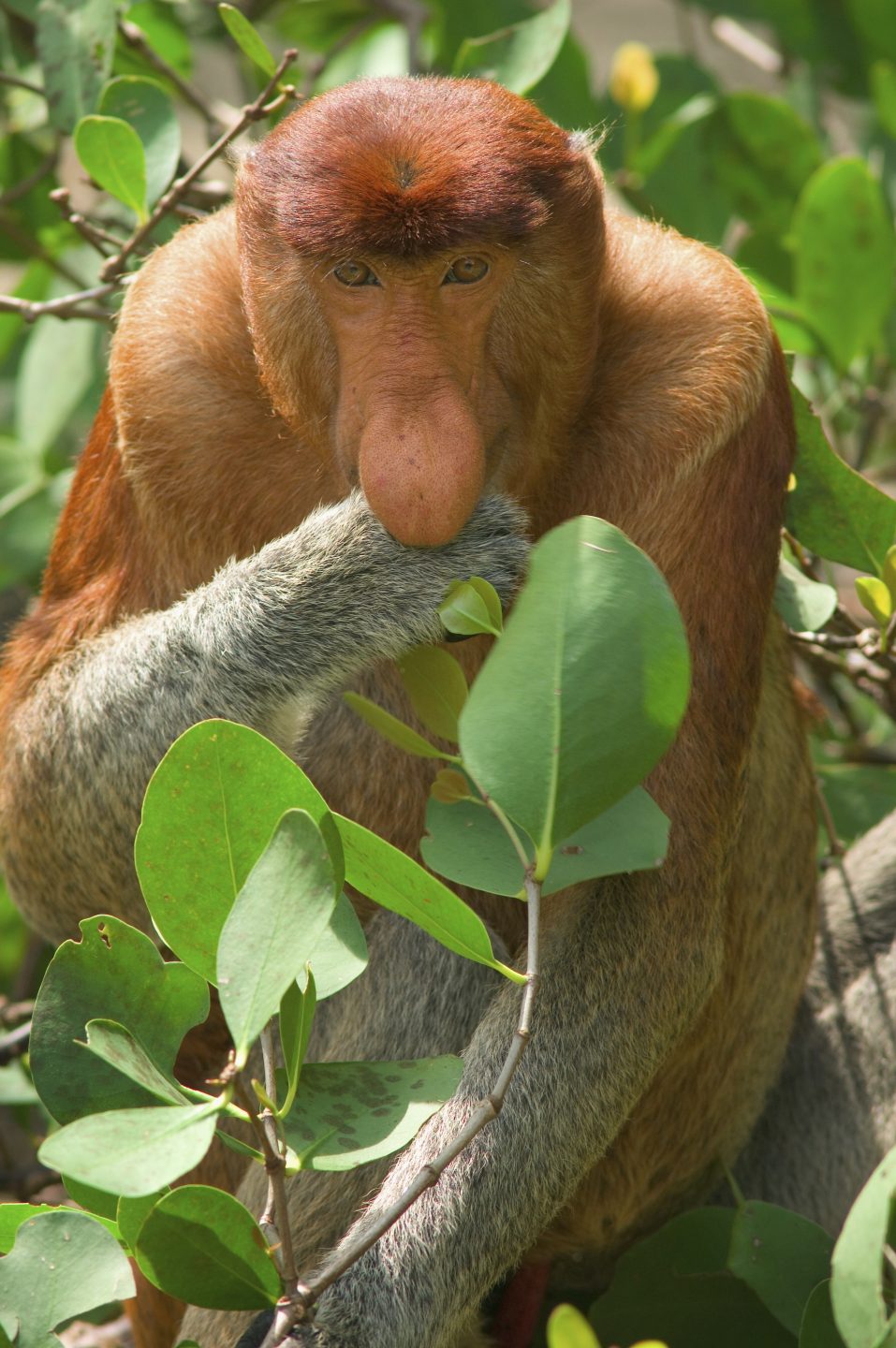 Proboscis monkeys are so named because of the enormous noses sported by the males of the species. New research, however, suggests that the big schnozzes serve as highly visual proxies for other organs.

A team of researchers led by Hiroki Koda of Kyoto University in Japan has discovered that the size of a male proboscis monkey’s nose correlates directly with the size of his testicles and the number of females in his social group.

Correlation, however, is not necessarily evidence of causation. In a paper published in the journal Science Advances, Koda and colleagues say there are two possible explanations for the big-nose-big-balls link.

What messages big noses send to other proboscis monkeys is uncertain. They may have evolved to function as a signal of strength and virility to females, but they might equally be a sign of power and ferocity broadcast to other males.

To make their findings, the scientists made use of 18 wild male monkeys. Each was measured, with special reference made to overall size, nose and testes dimensions. They were then observed interacting with their social group, and their characteristic calls recorded.

Koda’s team noted that the noses also served an acoustic function. Larger noses added resonance, depth and volume to vocalisations. This suggests that the calls serve as advertisements, attracting a greater number of potential mates.

The researchers conclude that more work will be necessary to tease out the exact functions of the male proboscis monkey’s eponymous feature. They note that the current paper is the first piece of primate research to consider evolutionary processes linking body size, sound and social interaction.