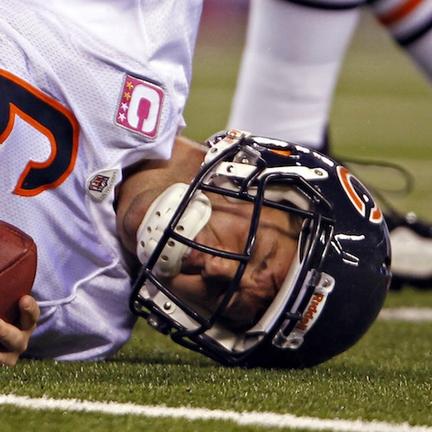 A new balance testing machine could soon replace error-prone subjective examinations for concussion on the sports field, thanks to an invention by researchers in the United States.

Meanwhile, in separate research, scientists says they are on the way to developing a simple blood test that will help diagnosis of concussion, days after the injury occurs.

San Diego University researchers have developed a portable and affordable balance machine they call the BTrackS. It is designed to provide fast, objective feedback on an athlete’s ability to balance following a suspected concussion.

“The problem with the BESS is that it’s really unreliable,” says San Diego University’s Dann Goble who invented the new device.

“Often you will get different scoring results from different people watching the same athlete go through the protocol.”

He said that the BESS test accurately catches a concussion about 30% of the time, whereas tests of the BTrackS system show that it’s about twice as effective.

Impaired balance is one of the major symptoms of a recent concussion and most sports adminitrators recommend three testing components – physical symptoms, cognitive function and balance.

Using the BESS, trainers ask athletes to stand in a variety of stances while remaining as still as possible, while the number of errors are counted.

In the lab, balance can be measured objectively using force plates that track precisely how much a person sways. But these are large and expensive and unsuitable for use on a sports field.

Blood test could detect molecular SOS signals in the blood days after an injury.

Goble’s balance board about the size of a suitcase and plugs into a computer or laptop and will costs less than $1,000.

To test it, Goble and his colleagues took baseline balance measurements from more than 500 student athletes in a variety of sports, including American football, rugby, lacrosse, soccer, basketball and water polo.

Then they followed those athletes over the course of their season.

If a player sustained a head injury, trainers measured their balance using BTrackS and compared the new score to the baseline score.

Of 25 athletes determined by a team physician to have received concussions, BTrackS detected 16 of them, giving Goble's technology a success rate of 64%.

The results were published this week in the International Journal of Sports Physical Therapy.

“We'd like to have as many sports organisations as possible switch to this better technology,” Goble said. “This device should be everywhere.”

In separate research carried out by Orlando Health, scientists say a new blood test could detect molecular SOS signals in the blood days after an injury.

They reported their findings in the journal JAMA Neurology.

“It is common for patients who have had a concussion or mild traumatic brain injury not to seek immediate medical attention,” the authors write.

“This test could take the guesswork out of making a diagnosis by allowing doctors to simply look for a specific biomarker in the blood,” lead researcher Linda Papa said.

Certain molecules appear in the blood after a brain injury, including glial fibrillary acidic protein (GFAP), usually found in the glial cells that surround nerve cells.

In cases of brain trauma, GFAP bursts out of the glial cells and traverses the blood-brain barrier. Until now no one has known how long it remains in the bloodstream

By tracking GFAP in the blood of 584 volunteers with head injuries, the researchers found that GFAP in the bloodstream peaked during the first 60 hours after the injury, but was still detectable up to seven days later.