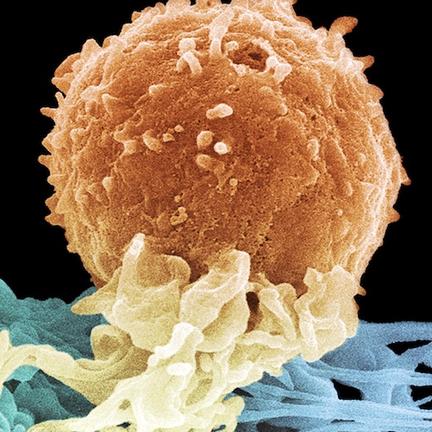 Attacking blood cancer with engineered immune cells has had “extraordinary” success in a new series of clinical trials, according to the scientists involved. The findings provide new hope for drug-resistant cancer patients.

“In the laboratory and in clinical trials, we are seeing dramatic responses in patients with tumours that are resistant to conventional high-dose chemotherapy,” said Stanley Riddell, immunotherapy researcher at Seattle’s Fred Hutchinson Cancer Research Center.

He announced the findings at the annual meeting of the American Association for the Advancement of Science in Washington, DC this week.

One study saw symptoms vanish in 94% of patients with acute lymphoblastic leukaemia, according to a report of the meeting in The Guardian.

In another study, patients with non-Hodgkin’s lymphoma had treatment response rates of greater than 80%, with more than 50% experiencing complete remission.

Most of the patients in the trials had failed all previous treatments and were projected to live for no more than five months, Riddell said.

Treatment involves extracting T-cells from a patient’s blood and genetically modifying them to carry receptors, which let the cells recognise and attack cancer cells. These souped-up T-cells are then reinjected into the patient.

Unlike cancer drugs, T-cells multiply in the body and can produce a long-lasting immune response against tumours, which scientists refer to as a “living drug”.

Researchers also hope that engineered “memory T-cells” can provide long-term defence against cancer, possibly producing a response to cancer even 10 years after treatment.

So far, the therapy is still risky. In the new trials, 20 patients suffered fevers, hypotension and neurotoxicity, and two died following the treatment, according to The Guardian report.

Riddell and his colleagues are working on ironing out the side effects, as well as developing the treatment for a wider range of cancers.

“Much like chemotherapy and radiotherapy, it’s not going to be a save-all,” Riddell was quoted as saying. “But I think immunotherapy has finally made it to a pillar of cancer therapy.”