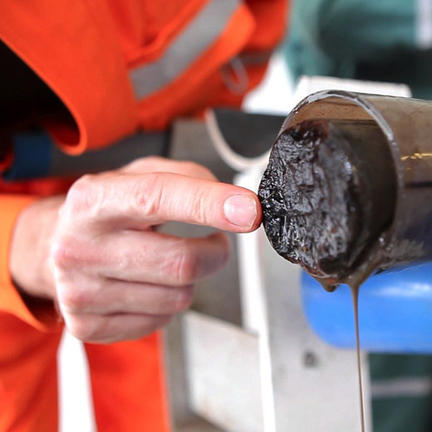 Scientists drilling off the coast of Japan have awoken an ancient creature from its long slumber. But don’t worry – they did not find Godzilla. They revived a community of microbes, trapped beneath the ground for around 20 million years. Fumio Inagaki at Japan’s Agency for Marine-Earth Science and Technology and colleagues published their work in Science in July.

“That surprised me – that these terrestrial bugs could survive under those circumstances,” says Richard Burns, soil microbiologist at the University of the Sunshine Coast.

Microbes can cling to life in the most unlikely places – in steaming hydrothermal springs, icy Arctic lakes and radioactive goldmines. Researchers study them to understand evolution on Earth, and to consider where life might be found on other planets. Elsewhere in the Solar System microbes may lurk underground, for instance, sheltering from harmful cosmic rays. And so what better place to look for this kind of organism than deep below the Earth’s surface?

The hulking Chikyū, anchored off the coast of Japan’s Shimokita Peninsula at the northern tip of Honshu Island, is easily mistaken for an oil drilling ship. But it doesn’t look for petroleum, it looks for life. In 2012, its team of around 200 scientists, engineers and ship crew drilled for seven weeks, reaching 2,466 metres below the seabed, to find out what microbes might lurk there.

At the bottom of this hole – deeper than any research drill in history – the team struck a solid, dry layer of coal. Looking at the coal under the microscope, the researchers saw evidence of life. Even though the coal layer contained little oxygen or moisture, each cubic centimetre contained roughly 10,000 seemingly dead microbial cells.

A genetic test in the lab showed the coal contained a mixture of bacteria and microbes known as archaea. Surprisingly, they were more genetically similar to forest-dwelling microbes than microbes usually found on the ocean floor. The coal layer had been a forest 20 million years ago – until it was buried by a neighbouring tectonic plate.

The second surprise was that microbes were still alive – their metabolism was ticking over very slowly. The team placed the microbes in a tank with some powdered coal and water, and warmed them to 40 °C – far kinder conditions than the microbes had been used to. After four weeks, their metabolism began to quicken, and they started to munch through the coal and pump out methane – still slowly, but fast enough to be detected.

The team had resuscitated an active community from a 20-million-year-old forest. “We thought…. ‘Wow!’” says Inagaki.

But what puzzled the researchers is that a solid block of dry coal – containing few nutrients, no light and little oxygen – is generally not considered habitable. So how did the cells survive?

University of Bremen microbiologist Kai-Uwe Hinrichs, who was involved in the study, estimates the microbes would have multiplied up to 1,000 times after being buried, evolved and adapted to their dark digs, and then entered a form of hibernation as they were gradually buried deeper and deeper and conditions worsened. They still remained metabolically active, but less so than before – explaining why they grew so slowly once resurrected in the lab.

So while the microbes may no longer much resemble their forest-dwelling ancestors, they can tell us about how life can adapt to increasingly inhospitable environments. Instead of wasting energy competing, the community survived by evolving strategies to help each other out, the researchers believe. Some microbes started chewing through the traces of hydrogen and carbon dioxide in the coal, while others broke down larger carbon molecules in the coal, making more food available to their new housemates. “I would expect the microbes to have formed some sort of beneficial community relationship to help them through the hard times,” Burns says.

Inagaki wants to sequence the full genome of the microbes to understand how they evolved from forest dwellers: “This should be very interesting!” Burns agrees, adding that the microbes may have evolved special enzyme machinery to survive the conditions.

And while Chikyū has the capability to drill 7,000 metres below the sea level, Inagaki has no plans to drill any further – each drilling expedition costs at least $20 million. So any organisms hiding in deeper layers can rest in peace – for now.

Also in Cosmos: Looking for microbes on Mars