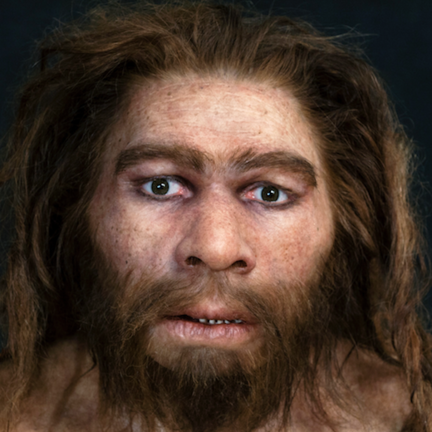 While our genome harbours a smattering of Neanderthal DNA, the Y chromosome – a human sex-determining chromosome – does not, new research shows.

In the first comparison of Y chromosomes, a study published in the American Journal of Human Genetics found Neanderthals and modern humans are completely different. This provides clues as to why the hominins may have evolved separately.

"The functional nature of the mutations we found suggests to us that the Y chromosome may have played a role in barriers to gene flow," says study co-author Carlos Bustamante from Stanford University.

Our stockier cousins, the Neanderthals were a species in the genus Homo but probably became extinct some 40,000 years ago. Your DNA is around 3-4% Neanderthal DNA, a legacy of interbreeding around 10,000 years (or longer) prior to their disappearance.

But there is debate surrounding the connection between modern-day humans – Homo sapiens – and Neanderthals. A number of theories place Neanderthals as a subspecies of Homo sapiens , not a completely separate species.

The last common ancestor of Neanderthals and humans lived around 588,000 years ago.

This new research supports the theory that the two species split around 600,000 years ago, and points to genetic incompatibility as the reason for the separation.

X and Y chromosomes (with very few exceptions) dictate if an individual is male or female. Females have two X chromosomes; males have one X and one Y.

To see how the Neanderthal Y chromosome differs from ours, Fernando Mendez, a geneticist at Stanford University in California, and colleagues analysed a 50,000-year-old Neanderthal specimen found in El Sidron, Spain.

The researchers say the Neanderthal’s Y chromosome is unlike anything seen in modern humans, which suggests that this specimen’s genetic line is most likely extinct.

According to the researchers’ calculations, the last common ancestor of Neanderthals and humans lived around 588,000 years ago. This estimate supports the theory that the Y chromosome diverged from modern-day humans at the same time the population diverged.

Interestingly, the researchers also uncovered differences in genes related to the immune system. Just as a transplanted organ can be rejected by the recipient if immune-suppressing drugs aren't administered, these genetic differences may have triggered the immune system of a pregnant Homo sapiens to attack her foetus if she bred with a Neanderthal.

So any male foetuses with a Homo sapiens mother and Neanderthal father would have miscarried. Females, with their two X chromosomes, had a chance.

This way, by consistently giving birth to only female hybrids, the Neanderthal Y chromosome may have been filtered out.

Further reading:
The Neanderthals live on in us